Here I would like to share my views on “religion.” It got pretty long, so I am breaking it into parts. This first part will cover classic definitions of religion, the instability in terms, and the concept of “discourse.”

Religion has classically been defined as:

Let’s test some of those definitions. I consider myself religious, but don’t feel particularly dependent on God during data entry (contra Schleiermacher); I’m not really aware of material things, much less spiritual things, before my coffee has kicked in (contra Tylor); my mind doesn’t feel particularly numb when I’m thinking about religion (Marx could be brilliant at times and at other times preposterous); Buddhists who rely on self-power (some rely on beings to help them, such as Amitabha) aren’t placating higher powers.

Furthermore, I strongly insist that religion is colored by your time, place, and other identity markers. If you learn about the Five Pillars of Islam, or the Four Noble Truths and the Eight-Fold Path of Buddhism, or the Shema Yisrael of Judaism, do you think you have really encountered those religions in all their varied splendor? Is Christianity reducible merely to the Sinner’s Prayer? Do the previous general beliefs account for the subdivisions within each tradition which sometimes go to war with each other (literally), even when outsiders see each party as part of the same tradition?

You probably haven’t encountered a tradition until you’ve experienced a living, breathing member of that tradition, and then, one person does not represent an entire tradition. In the end, I don’t find religion to be a stable category. Here are some social factors that interplay with religion, so that even within the same tradition religion is never the same: gender, race, class, ethnicity, nationality, politics, economics, culture, family, age, region, education, ability, dietary habits, athleticism, or customs. Just as with religion, I don’t see how these nodes of identity can be defined apart from these other factors. 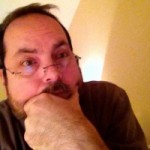 But saying that religion is hard to define doesn’t really help much. So what do I mean by religion? I approach studying religion from a constructivist and social perspective. That’s not the only way to analyze religion (I analyze religion theologically, too, but that’s within another context), but that’s how I approach it academically. I will employ some help from history of religions scholar Bruce Lincoln. He has written extensively, particularly on how communities in general (not just religious ones) form and maintain their cohesion. What follows is his minimal definition on religion, riffing off of Durkheim (who I also like). While I won’t say religion is merely these four things, it is at least these four things (taken from Holy Terrors: Thinking About Religion After September 11):

By religious discourse, Lincoln means truth claims that do not appeal to experience, experimentation, or human thought but that appeal to sources outside the human political (and other) interests. Many times this goes by the name of “revelation,” “scriptures,” “holy writings,” “sacred sayings,” “prophecy,” “oracles,” etc. Elsewhere, Lincoln remarks that discourse consists at least of myth, ritual, and classification used to construct, maintain, replicate, deconstruct, and/or reconstruct society. I will discuss myth here, ritual in the section on “practice,” and classification in the next post under “community.”

In his helpful primer, Studying Religion: An Introduction, Russell McCutcheon also offers a helpful definition, building off of Michel Foucault: discourse involves “the series of material as well as intellectual conditions, practices, institutions, architecture and conventions that make specific types of thought and action possible.” In other words, discourse is all about the background noise that influences your thought and action.

While Lincoln sees discourse employing myth, ritual, and classification to achieve its ends more overtly, it can covertly (or just less overtly) achieve its ends by means of “spectacle, gesture, costume, edifice, icon, [or] musical performance.”

So what are some examples of these subtle methods of discourse? If you think of a church setting, a costume can consist anywhere from a dress suit to clerical robes. Gestures can include raising one’s hands in Christian worship or bowing down on a prayer rug facing Mecca (which would also involve the icon of the prayer rug).

Myth is typically used in a disparaging way toward beliefs you consider legend, fable, or something that just isn’t historical. Lincoln first explains myth by referencing Roland Barthes’ concept of myth: it involves ideas divorced from their original contexts/settings/histories and projected into a timeless story, or given “mystificatory” (that which obscures its origins) content. However, Lincoln develops a unique model of myth, by comparing it to the concepts of fable, legend, and history before plotting them on the axes of truth claim, credibility, and authority:

When Lincoln speaks of credibility and authority, he doesn’t measure it on the story/narrative itself, but on how it is received by a community. This means that the history of one group can be the myth or legend of another group (compare how typical American and British histories treat the American Revolution). In his book, Authority: Construction and Corrosion, Lincoln defines authority in the following way:

When these crucial givens [“right” speaker, speech, and setting] of the discursive situation combine in such a way as to produce attitudes of trust, respect, docility, acceptance, even reverence, in the audience, or – viewing things from the opposite perspective – when the preexistent values, orientations, and expectations of an audience predispose it to respond to a given speech, speaker, and setting with these reverent and submissive attitudes, “authority” is the result

Lincoln’s work can apply to religion as traditionally conceived or to social phenomena in general.

That’s it for now on my thoughts on religion. As you can see, I owe a lot of gratitude to Lincoln. It is also painfully theoretical. I apologize, but felt I needed to establish this before I start getting concrete. If you have questions of where I fall on something concrete, email me at ilostmyprayerhanky at gmail.

I will post tomorrow or Monday on the second part. I may include how I think my initial thoughts on gender and sexuality relate to religion in that second part, or I might make a third part.